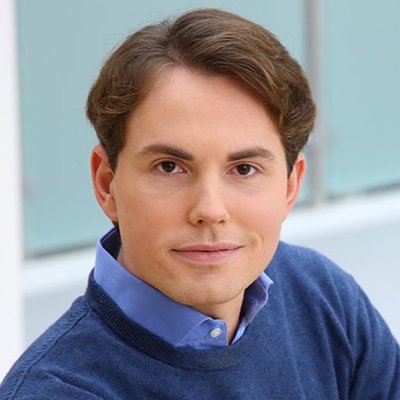 Dominik L. Michels is a Full Professor of Computer Science at the Technical University of Darmstadt and a KAUST Associate Professor of Computer Science and Mathematics. His research aims for the development of principled computational methods targeting simulation tasks in the fields of Visual and Scientific Computing, based on solid theoretical foundations resulting from fundamental research comprising Algorithmics, Artificial Intelligence, Computer Algebra, Machine Learning, Mathematical Modeling, and Numerical Analysis.

Since summer 2016, he is heading the Computational Sciences Group within KAUST’s Visual Computer Center. Previously, he joined the Computer Science faculty at Stanford University in fall 2014 heading the High Fidelity Algorithmics Group within the Max Planck Center for Visual Computing and Communication. Prior to this, he was a postdoctoral fellow in Computing and Mathematical Sciences at Caltech. He studied Computer Science and Physics at University of Bonn and B-IT, from where he received a B.Sc. in Computer Science and Physics in 2011, a M.Sc. in Computer Science in 2013, and a Ph.D. (summa cum laude) in Mathematics and Natural Sciences (Dr.rer.nat.) in early 2014. During his academic studies he was visiting several international institutions, among others Harvard University, the Massachusetts Institute of Technology, NASA’s Jet Propulsion Laboratory, and the Joint Institute for Nuclear Research in Dubna, Moscow.

His studies and research were awarded and supported with various honors, for example by the German Academic Scholarship Foundation, with a Johannes Kepler Foundation Scholarship awarded for excellent achievements in algorithmics and geometry, by the ACM SIGSAM for achievements in computer algebra, and with the academic award of the AFCEA.

In the non-academic context, he serves as a research partner in the sections of high-technology and consumer goods partnering with and advising leading multinational companies and research institutions from various sectors, specifically from the high-technology and consumer goods sections. In this context, he received the first Procter & Gamble Faculty Award for his research contributions to the consumer goods industry. He also publishes regularly with Adobe, Google AI and Google Brain, respectively. He is a member of the ACM and the IEEE, the London Mathematical Society, and the AGYA project at the Berlin-Brandenburg Academy of Sciences and Humanities. He was selected as a member of the top-class jury for the German AI Award, and was awarded an Artificial Intelligence Grant of the German State of North Rhine-Westphalia as part of its Academic Expat Program endowed with 1.25 million euros. He declined a faculty offer from Chalmers University of Technology and the University of Gothenburg in 2019, and a faculty offer from the University of Bonn in 2020. Professor Michels was appointed to the Council of Advisors on Digital Economy in 2020 by German Minister Peter Altmaier who was serving on the cabinet of Federal Chancellor Angela Merkel as her Federal Minister of Economic Affairs and Energy.